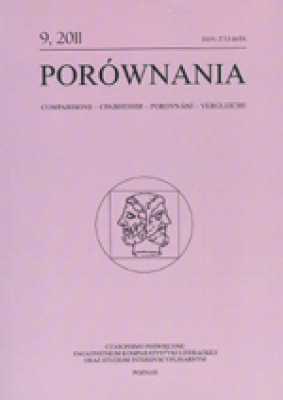 The satire is an important instrument in the discussion on religion in Galicia in the second half of the 19th and the beginning of the 20th century. Ukrainian writers, painters, journalists: K. Ustyjanowicz, I. Franko, T. Romanczuk, E. Turbacki, J. Struchmanczuk, used it  in their work and polemics that concerned both regular citizens but also the political and cultural life. The functioning of the Ukrainian Galician satire in the religious realm was mainly related to the national rebirth. The satire is manifested in many aspects which is particularly visible in text published in the Ukrainian press. The satire was used in polemics and disputes: 1. on restoring the Orthodox church and transforming the Ruthenian society into the Ukrainian society; 2. on the idea of unification of the Orthodox church (Orthodox and Greaco Catholic) – which meant the unification (sobornost’) of Ukraine and each unit that identified with the national idea; 3. around the prominent characters that were either idealized or ridiculed in the works – from the  New Saviour of Ruthenia by the metropolitan H. Jachimowicz to The Closest Friend of the Poles – A. Szeptycki by the great painter M. Harasimowicz; 4. on detailed provincial ambitions of the representative of the Orthodox clergy; 5. relating to Ukrainian russophilia and polonophilia as hostile attitude towards the Ukrainity of the Orthodox church. From this point of view, the main subject of  the satire are four attitudes, three of which were politically inclined: pro-Ukrainian, pro-Polish, pro-Russian, whereas the last one was apolitical and reflected the state of national indifference of the citizens. Also ecumenical issues in Ukrainian religious cycles were of importance in the satire, mostly the fact that they related to the ecumenical issues in those religious circles; but also the neutral relationship between the eastern and the western religious ceremony. This constitutes the most interesting phenomenon in the world of Ukrainian–Polish cultural borderline.