Describe not Shown. Dutch Painting in Anti-images of Miodrag Pavlović 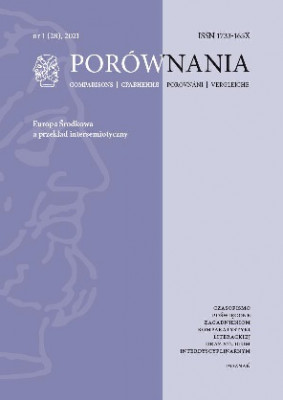 In the works of the Serbian poet Miodrag Pavlović, who died in 2014, reflection on art is related to the issue of the relationship between the past and the present and the role played in it by the eastern and western cultural tradition as an element of building the identity (fate) of the Balkans. Entering the area almost completely ignored by the interpreters of the works of this eminent author, described by critics as the “Eliot figure” of Serbian literature, I present the reasons for his interest in the works of 17th-century Dutch painting, explain the strategies of their translations into the language of poetry and discuss the issue of human presence (traces) in a work of art i.e. his humanistic dimension. For this purpose, I refer to the concept of anti-image used by the Serbian poet, which is an expression of anti-dogmatism and the belief that art enables man to self-knowledge.