The History of Literature in the Context of New Theoretical Proposals 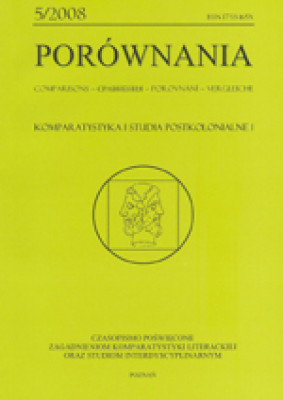 In the beginning of the Middle Ages with the growth of the Christian ecumene and a related ecclesiastical, and institutional differentiation and a following cultural and political differentiation localized around the two centres – Byzantium and Rome – the common regularities of the literary process also diverge creating two connected and interacting regional literary societies – Pax Orthodoxa and Pax Latinam – within the macroregion of Pax Cristian. Together with the transfer of the literary culture to separate ethno-geographical constituent elements that form a common domain, a differentiation of the second intraregional level takes place: local (ethnic, state) peculiarities bring about derivative regularities of a common process – its local varieties. The differences in the level and character of Slavic literatures differentiated within the two domains of European culture were connected with the existence or absence of own statehood and the degree of development of the social structure – that is those factors that also condition the nonecclesiastical needs in the art of words that are favourable for the appearance of patronage whose role it is difficult to overestimate. All these circumstances determined the great – in relation to other Slavic literatures – development of the medieval Croatian, Czech, Polish and Old Russian literatures on the one hand, and the fall of the developed Bulgarian and Serb literatures after the Turkish conquest that partly destroyed and partly islamised the local elites, on the other hand. During the Renaissance the dialectical unity of the universal and local elements conditioned the formation of new literary societies within the postmedieval Slavia Latina – Slavia Romana (Polish and Croatian literatures) and Slavia Germana (Czech, Slovac, Sorb and Slovenian literatures). In the times of late Renaissance and Baroque Slavia Romana (represented by Polish literature) favours the assimilation of new values by the society of the eastern Slavic literatures within the traditional and later contemporary – increasing more and more – interrelation of Pax Orthodoxa and Pax Latina. Polish renaissance and baroque literature played the same role in Eastern Europe as the Italian literature played in Western Europe at that times. Thus, the incorporation of Slavia Orthodoxa into the Western Eurropean literary process begins in the stage of its contemporary history opening a national development of the literatures within the societies changing from the development. By obliterating the medieval distinction (Pax Orthodoxa and Pax Latina) the societies form a new whole – now within their European range, whereas as far as its character is concerned (literary tendencies, currents, types and genres) a unified and common literary process.