On the Spirit (of Brexit): With Additional Remarks on the Thymotic Stimulation of the Nation in the Latest Polish Literature 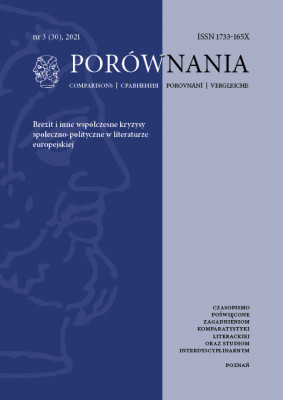 The article is an attempt to answer the question about the presence of the “Brexit spirit” in literary texts created outside the UK. The first part is devoted to explaining the term “Brexit spirit” in the light of the Zeitgeist category. In the second part, I point out the similarities and differences between the Eurosceptic moods in British literature and the Euroscepticism of Polish twenty-first-century right-wing writers. According to the main thesis of the article, the “Brexit spirit” is present in British and Polish literature in works that value the category of the nation, its traditions and history. These works stimulate dignity claims and activate national resentments. The findings of philologists, sociologists, philosophers and researchers of rhetoric used in the sketch serve to prove the presented thesis, to show the ways in which the discussed phenomenon manifests itself, and to formulate an answer to the question about its causes.